Shadow Divers Exposed: The Real Saga of the U-869 (Paperback) 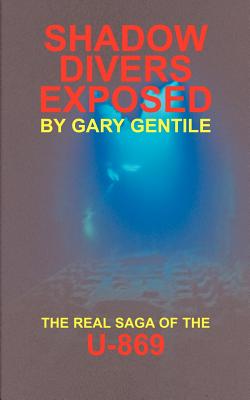 The U-869 was one of more than 1,200 U-boats that were constructed for the Nazi war machine. It was sunk off the American eastern seaboard by a combination hedgehog and depth-charge attack. There were no survivors to tell the tragic tale. Now, for the first time, the real saga of the U-869 can be told in full. Archival documents have established that the U-boat was sunk by two American destroyer escorts. Seven crewmembers of those aggressive warships have supplemented the official record with their personal recollections. Shadow Divers Exposed works on a multitude of levels. It presents the actual circumstances that surrounded the loss of the U-869. It puts the discovery of the U-869 into perspective with other U-boats that have been found in American waters. It provides an overview of the U-boat war through accounts of other U-boat losses. And it corrects some of the gross errors, wild exaggerations, and deliberate distortions that filled the pages of Shadow Divers. The author interviewed a number of witnesses whose testimony contradicted the theatrical plot and boastful embellishments that formed the essential ingredients of Shadow Divers. Some of these witnesses actually performed the deeds for which the chosen protagonists of Shadow Divers were given credit. These witnesses disputed many of the fictitious elements that ran rampant through the pages of Shadow Divers. By means of forensic analyses of shipwreck collapse, torpedo mechanics, and U-boat survivors' accounts, the present volume explains why the U-869 could not have been sunk by a circular run of its own torpedo - as Shadow Divers had its uninformed readers believe.