Sinners in the Hands of an Angry God (Hardcover) 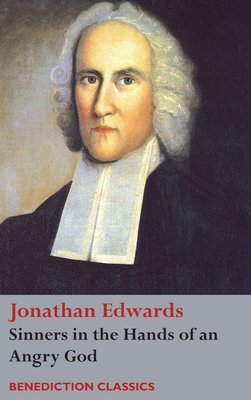 "Sinners in the Hands of an Angry God" is Edwards' most famous sermon, and probably the most famous American sermon. Preached during the Great Awakening, moved its hearers so powerfully that Edwards was unable to finish delivering it. The sermon's power stems not only from Edwards' masterful use of verbal imagery but also from its message that is both personal and universal. It is frequently presented as an outstanding sermon, and also as ememplary oratory.

"Your wickedness makes you as it were heavy as lead, and to tend downwards with great weight and pressure towards hell; and if God should let you go, you would immediately sink and switfly descend and plunge into the bottomless gulf, and your healthy constitution, and your own care and prudence, and best contrivance, and all your righteousness, would have no more influence to uphold you and keep you out of hell, than a spider's web would have to stop a fallen rock." -- Jonathan Edwards in Sinners in the Hands of an Angry God