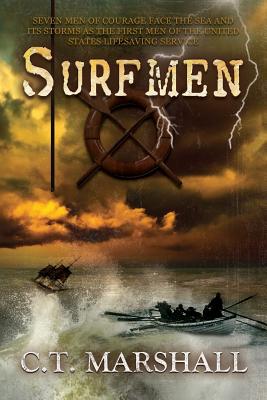 As lightning cracks over a roiling sea, a young boy clings to life amidst the waves. His family... his friends... all that he's ever known... have been taken by the storm. Drifting in the sea-tossed wreckage, the boy is unexpectedly rescued and given a new chance at life on the sands of the Outer Banks of North Carolina. Thirty years later, thirteen years after the Civil War, on that same far-flung spit of sand at Cape Hatteras, seven men of courage face the sea and its storms as men of the United States Lifesaving Service. Recruited and trained by that same boy grown to manhood, Confederate blockade runner Captain Thomas Hooper, the men of Cape Hatteras Station are the only hope for sailors in distress at the treacherous Diamond Shoals. As Thomas Hooper readies his men to fight the sea and tries to keep them from fighting each other, he realizes that the souls he's there to save may very well be those of his men.