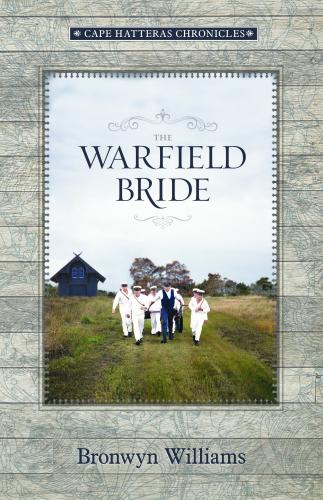 On the desolate stretch of coast known as the Outer Banks of North Carolina, the surfmen of the US Lifesaving Service were a special breed of hero. Rugged and fearless, these men were equipped with lung capacity and muscle strength to take on the heaviest seas and strongest gales the Graveyard of the Atlantic could offer. Local sons followed their fathers into the service, and their sons followed them.
The five surfmen of Hatteras Island’s Paragon Shoals Station just happen to be brothers. Eldest brother, Penn Warfield, Keeper in charge of Paragon Shoals Statiosn, decides that younger brother Adam needs a wife. The station is remote and the single ladies few.
Recently widowed Hannah Ballinger responds to Penn’s ad for a mail-order bride. She does not mention she is pregnant and attempting to escape her in-laws’ claim on her expected child.
Weathering Hatteras storms and shipwrecks, and tending the survivors, Hannah finds the home and security she needs for herself and her new baby. Penn realizes that she may be a better match for the Keeper himself, rather than the brother for whom she was intended.