Sinners in the Hands of an Angry God (Paperback) 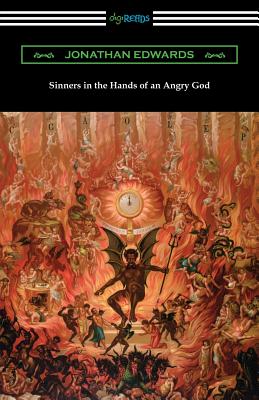 The famous sermon "Sinners in the Hands of an Angry God" by Jonathon Edwards was delivered on July 8, 1741 in Enfield, Connecticut and is considered by many to be the most famous sermon ever given in America. It was published soon after and was an immediate commercial success. The sermon is a perfect example of the "fire and brimstone" preaching style that Edwards was well-known for and is an informative insight into the spiritual teachings of the American religious movement known as the "Great Awakening", that began in 1730. This movement was characterized by a teaching that hell was a real place and great suffering awaited any who were not saved by Christ and continued to sin. Edwards had been invited to preach by the pastor at the church at Enfield, which had largely been untouched by the growing "Great Awakening" movement. The sermon was powerfully delivered and instantly affected the listeners in a profound way. He continued to give the sermon several times and members of the congregation would often yell, cry out, or weep. This powerful sermon has endured the test of time and continues to be read, studied, and treasured to this day. This edition is printed on premium acid-free paper.