Murder on the Outer Banks: The Methuselah Murders (Paperback) 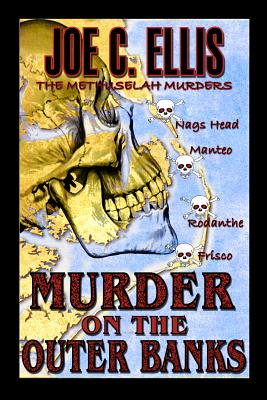 Newly hired deputy Marla Easton and Sheriff Dugan Walton are amazed at the performance of Dr. Sylvester Hopkins in a local 5K footrace. At age 65, Hopkins posts a world-class time of 17:35, two minutes faster than he has run in the past few years. Walton suspects Hopkins has concocted some new performance-enhancing drug.

A trail of bodies from Frisco to Nags Head, North Carolina, leads Deputy Easton and Sheriff Walton to the discovery of the Methuselah serum--a new drug designed by Hopkins that reverses aging in human cells. A nefarious triumvirate of pharmaceutical CEOs known as "the Medical Mafia" wants the formula at any price. So do the FBI and the president of the United States. But Sheriff Walton believes that he and Deputy Easton have been divinely chosen to guard the formula and serum, and they take their mission seriously--much like the angels posted in Eden to guard the Tree of Life. Their mission turns perilous when Deputy Easton's seven-year-old son, Gabe, is kidnapped.