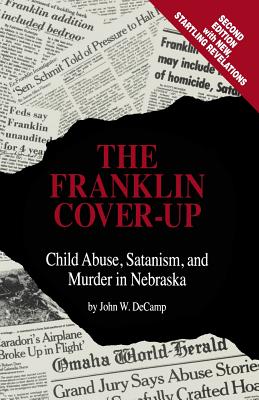 The shut-down of Omaha, Nebraska's Franklin Community Federal Credit Union, raided by federal agencies in November 1988, sent shock waves all the way to Washington, D.C. $40 million was missing. The credit union's manager: Republican Party activist Lawrence E. "Larry" King, Jr., behind whose rise to fame and riches stood powerful figures in Nebraska politics and business, and in the nation's capital. In the face of opposition from local and state law enforcement, from the FBI, and from the powerful Omaha World-Herald newspaper, a special Franklin committee of the Nebraska Legislature launched its own probe. What looked like a financial swindle, soon exploded into a hideous tale of drugs, Iran-Contra money-laundering, a nationwide child abuse ring, and ritual murder. Nineteen months later, the legislative committee's chief investigator died - suddenly, and violently, like more than a dozen other people linked to the Franklin case. Author John DeCamp knows the Franklin scandal from the inside. In 1990, his "DeCamp memo" first publicly named the alleged high-ranking abusers. Today, he is attorney for two of the abuse victims. Using documentation never before made public, DeCamp lays bare not only the crimes, but the cover-up - a textbook case of how dangerous the corruption of institutions of government, and the press, can be. In its sweep and in what it portends for the nation, the Franklin cover-up followed the ugly precedent of the Warren Commission.

During 16 years in office, former state Senator John DeCamp was cited, even by his enemies at the World Herald, as one of the most effective legislators in Nebraska history. A highly decorated Vietnam War veteran, in 1975 he initiated Operation Baby Lift, which evacuated 2,800 orphaned Vietnamese children. He practices law in Lincoln, Nebraska, is married, and is the father of four children.