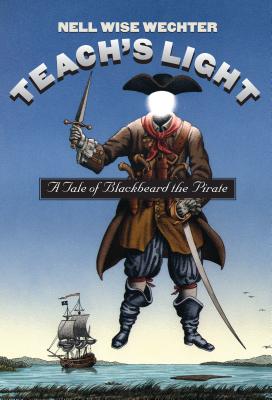 The legend of Teach's Light has been handed down by the people of Stumpy Point village in coastal North Carolina for nearly three centuries. None can say when the mysterious light that hovers above Little Dismal Swamp will next appear, but it is said to guard a store of treasure buried long ago by Edward Teach (c. 1680-1718), better known as the infamous pirate Blackbeard.

One summer evening, teenagers Corky Calhoun and Toby Davis row into the swamp, drawn by the mystery of Teach's Light. But their adventure soon takes a curious turn. Thrown back in time by a sudden explosion, Corky and Toby find themselves floating safely above seventeenth-century England, as Blackbeard's life unfolds below. They watch as the orphaned Edward Teach decides to stow away across the Atlantic, begins his career as the fearsome Blackbeard, stages terrible raids from the Caribbean to North Carolina aboard his ship, the Queen Anne's Revenge, and, finally, is beheaded in a battle with the British Crown's ships. An inventive blend of history and science fiction, Teach's Light brings Blackbeard's story vividly to life.