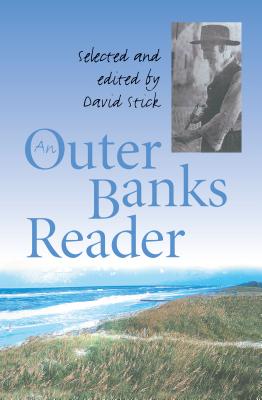 For half a century, David Stick has been writing books about the fragile chain of barrier islands off the North Carolina coast known as the Outer Banks. Two of his earliest, Graveyard of the Atlantic and The Outer Banks of North Carolina, were published by the UNC Press in the 1950s, and continue to be best-sellers.

More recently, Stick embarked on another project, searching for the most captivating and best-written examples of what others have said about his beloved Outer Banks. In the process, more than 1,000 books, pamphlets, periodicals, historical documents, and other writings were reviewed.

The result is a rich and fascinating anthology. The selections in An Outer Banks Reader span the course of more than four and a half centuries, from the first known record of a meeting between Europeans and Native Americans in the region in 1524 to modern-day accounts of life on the Outer Banks. Together, Stick hopes, the sixty-four entries may provide both "outlanders" and natives with an understanding of why the Outer Banks are home to a rapidly growing number of people who would rather spend the rest of their lives there than any place else on earth.