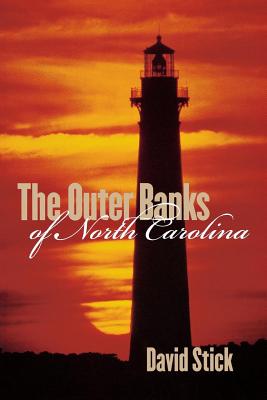 The Outer Banks have long been of interest to geologists, historians, linguists, sportsmen, and beachcombers. This long series of low, narrow, sandy islands stretches along the North Carolina coast for more than 175 miles.

Here on Roanoke Island in the 1580s, the first English colony in the New World was established. It vanished soon after, becoming the famous "lost colony." At Ocracoke, in 1718, the pirate Blackbeard was killed; at Hatteras Inlet and Roanoke Island important Civil War battles were fought; at Kitty Hawk and Kill Devil Hills the Wright brothers experimented with gliders and in 1903 made their epic flight. The Graveyard of the Atlantic, scene of countless shipwrecks, lies all along the ever-shifting shores of the Banks.

This is the fascinating story of the Banks and the Bankers; of whalers, stockmen, lifesavers, wreckers, boatmen, and fishermen; of the constantly changing inlets famous for channel bass fishing; and of the once thriving Diamond City that disappeared completely in a three-year period.