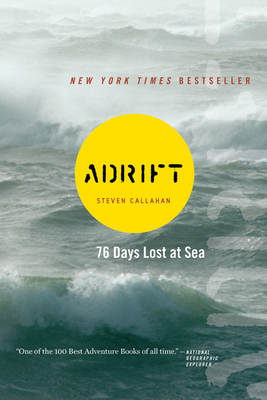 A NEW YORK TIMES BESTSELLER: The riveting account of a harrowing month spent stranded at sea—an incredible story of one man's struggle and bravery.

Steven Callahan shares his dramatic tale of survival at sea in this undeniable seafaring classic. His engrossing firsthand account reveals how he survived more than a month alone at sea, fighting for his life in an inflatable raft after his small sloop capsized only six days out. “Utterly absorbing” (Newsweek), Adrift is a must-have for any adventure library.

Steven Callahan is the author of Adrift, Seventy-Six Days Lost at Sea, which chronicles his life-raft drift across half the Atlantic in 1982, became an NYT Bestseller and has been translated into 15 languages. He also wrote Capsized for survivor Jim Nalepka who spent four months with four other men on an overturned, half-flooded boat. Callahan has contributed writings, illustrations, and photos to more than a dozen other books, many about seamanship or survival, and has authored hundreds of articles for the marine press worldwide. His website is www.stevencallahan.net.