The Baron In The Trees (Paperback) 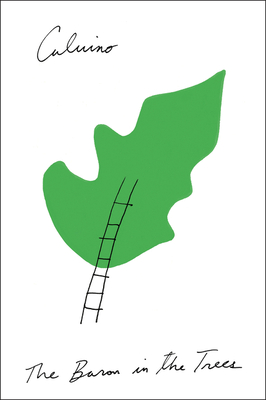 A landmark new translation of a Calvino classic, a whimsical, spirited novel that imagines a life lived entirely on its own terms

Cosimo di Rondó, a young Italian nobleman of the eighteenth century, rebels against his parents by climbing into the trees and remaining there for the rest of his life. He adapts efficiently to an existence in the forest canopy—he hunts, sows crops, plays games with earth-bound friends, fights forest fires, solves engineering problems, and even manages to have love affairs. From his perch in the trees, Cosimo sees the Age of Enlightenment pass by and a new century dawn.

The Baron in the Trees exemplifies Calvino’s peerless ability to weave tales that sparkle with enchantment. This new English rendering by acclaimed translator Ann Goldstein breathes new life into one of Calvino’s most beloved works.

ITALO CALVINO (1923–1985) attained worldwide renown as one of the twentieth century’s greatest storytellers. Born in Cuba, he was raised in San Remo, Italy, and later lived in Turin, Paris, Rome, and elsewhere. Among his many works are Invisible Cities, If on a winter’s night a traveler, The Baron in the Trees, and other novels, as well as numerous collections of fiction, folktales, criticism, and essays. His works have been translated into dozens of languages.