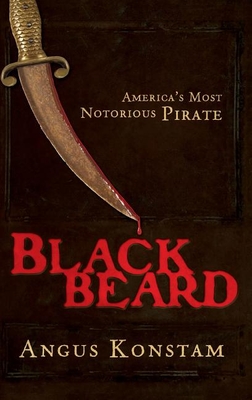 A thorough, exciting examination of 18th-century pirate life, with wonderful details.
--Publishers Weekly Interesting and exciting . . . a thoroughly enjoyable chronicle of an interesting life and interesting era.
--Booklist The definitive biography of history'smost fearsome and famous pirate Of all the colorful cutthroats who scoured the seas in search of plunder during the Golden Age of Piracy in the early eighteenth century, none was more ferocious or notorious than Blackbeard. As unforgettable as his savage career was, much of Blackbeard's life has been shrouded in mystery--until now. Drawing on vivid descriptions of Blackbeard's attacks from his rare surviving victims, pirate expert Angus Konstam traces Blackbeard's career from its beginnings to his final defeat in a tremendous sea battle near his base at Ocracoke Island. Presenting dramatic accounts of the pirate's very effective tactics and his reputation for cruelty, Konstam offers a fascinating examination of the life and business of piracy and the lure of this brutal and bloody trade.

Angus Konstam is a widely published author who has written several books on piracy, including "The History of Pirates." A former naval officer and museum professional, he worked as a curator of weapons in the Tower of London and as the chief curator in the Mel Fisher Maritime Museum in Key West, Florida, before becoming a full-time historian and writer. An expert on weapons, shipwrecks, and piracy, he has advised several underwater archaeological groups (including the team working on Blackbeard's sunken flagship), and appears regularly on both the Discovery and the History channels. He now lives in Edinburgh, Scotland.