How I Became a Pirate (Hardcover) 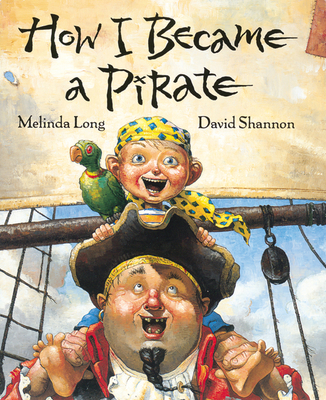 In this New York Times bestseller illustrated by Caldecott Honor–winning illustrator David Shannon, a boy sets off on a pirate adventure—with surprising results!

Soon Jeremy Jacob knows all about being a pirate. He throws his food across the table and his manners to the wind. He hollers like thunder and laughs off bedtime. It’s the heave-ho, blow-the-man-down, very best time of his life. But then Jeremy Jacob finds out what pirates don’t do. . . .

Caldecott Honor illustrator David Shannon teams up with Melinda Long for a hilarious look at the finer points of pirate life. Shiver me timbers—it’s a pirate adventure!

How I Became a Pirate is a swashbuckling adventure with fantastically silly illustrations.

MELINDA LONG is a teacher and the author of the award-winning bestseller How I Became a Pirate. She lives in Greenville, South Carolina.

DAVID SHANNON is the illustrator of many popular picture books, including How I Became a Pirate. His numerous awards include a Caldecott Honor for No, David! He lives in Burbank, California.

"Shannon's illustrations... are a page-turning glory. Long's clever and spirited text leaves other pirate books in the bilge."

"Readers will be blown away by this rowdy gang, depicted in richly robust, humorous paintings."